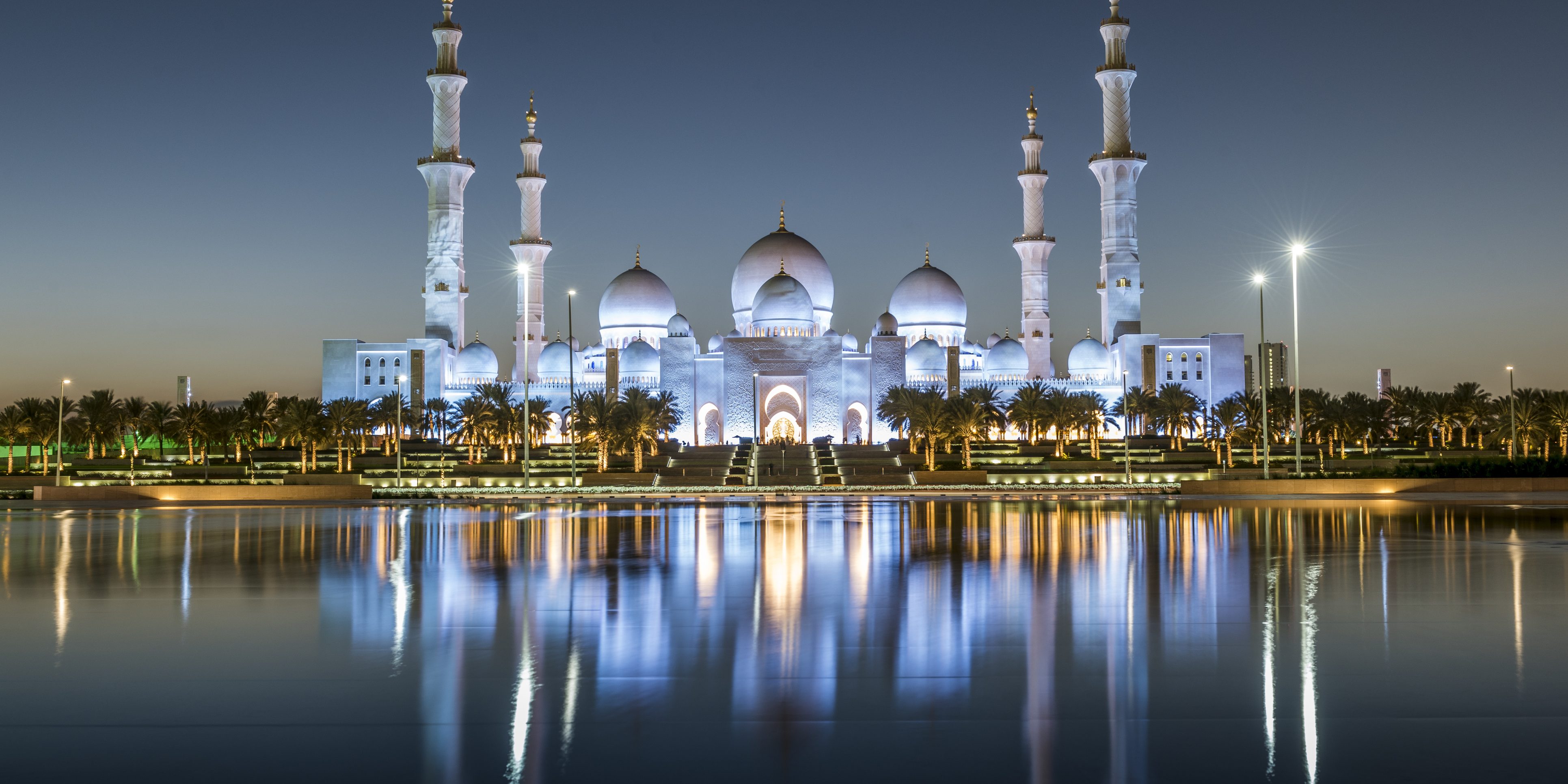 Abu Dhabi is rich with sights and landmarks. Some of these places tell of sophistication and glamour. Others convey the ancient charm of Arabian heritage.

Ferrari World is a theme park that belongs to the modern. Abu Dhabi is defined by the sleek sophistication of the luxury performance car. If you own a Ferrari or Lamborghini, you’ll be in good company on the roads of Abu Dhabi.

The Sheikh Zayed Grand Mosque is a stunning work of art and a must-visit. Decorated with marble and gold inside, the Grand Mosque contains the world’s largest hand-knotted carpet. Floral designs made from semi-precious stones adorn its pillars. Snow-white walls and gold-topped minarets complete its grandiose Islamic architectural design.

The ancient Bedouin white fort of Qasr al Hosn was once a watchtower, and is now a museum displaying the rich history and culture of the United Arab Emirates.

You can’t visit the city of Abu Dhabi without taking in some of its most striking futuristic architecture:

The Capital Gate Tower leans at an impressive 18°, making it a world record breaker in this respect. Its sleek, asymmetric design always turns the heads of new visitors to the city. It contains one of the best 5-star luxury hotels in Abu Dhabi – Hyatt Capital Gate – where you can dine with breathtaking views of the Gulf.

Finally, check out the Landmark, a residential and office tower near the waterfront. At 324m high, this is the second tallest building in the city.

Abu Dhabi’s visionary approach to architecture gives it one of the most exciting and prestigious cityscapes in the world.

You can find out more about which cookies we are using or switch them off in settings.

This website uses cookies so that we can provide you with the best user experience possible. Cookie information is stored in your browser and performs functions such as recognising you when you return to our website and helping our team to understand which sections of the website you find most interesting and useful.

Strictly Necessary Cookie should be enabled at all times so that we can save your preferences for cookie settings.

If you disable this cookie, we will not be able to save your preferences. This means that every time you visit this website you will need to enable or disable cookies again.